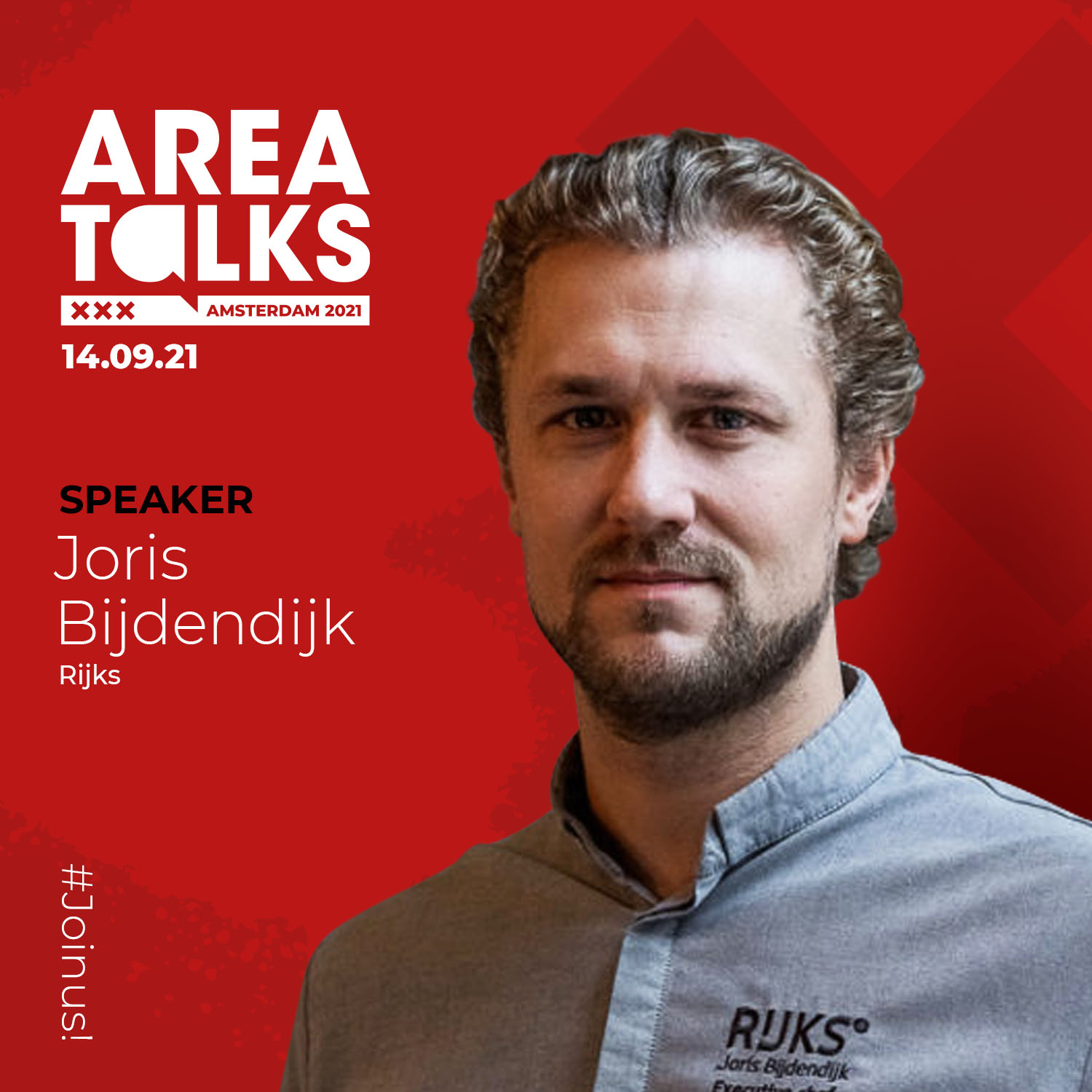 Joris Bijdendijk is executive chef of restaurant RIJKS®, which opened its doors in November 2014.

Bijdendijk introduced the ‘kitchen of the Low Lands’ that is characterized by the Dutch product in its simplicity. He is inspired by ingredients from Dutch soil and often uses the many international flavors that have influenced Dutch cuisine throughout the centuries. Bijdendijks love for beautiful products and good food grew early on. At the age of 16 Joris Bijdendijk worked as a dish washer in the kitchen of a well-known Amsterdam restaurant, when he decides to pursue a career as a chef. He accurately mapped out his path. First gaining knowledge from fishermen, butchers and farmers and later on technically learn from the best chefs. At the age of 19 Bijdendijk started working in the kitchen of Ron Blaauw. Under Blaauw’s wings he developed rapidly. In only six years Bijdendijk promoted to the position of kitchen chef. Bijdendijk then continues his adventure in France. He leaves for Montpellier, where he works as a chef the partie and later a souschef at the renowned star restaurant Le Jardin des Sens**. In 2012 Bijdendijk returns to the Netherlands to work as chef at restaurant Bridges at Hotel de Grand in Amsterdam. In 2014, he started as executive chef at restaurant RIJKS®, in the Rijksmuseum.

In January 2019 the first edition of Low Food Symposium was held to celebrate all wonderful and successful initiatives that have sprung up in in the Netherlands in recent years. Low Food is an initiative of Joris Bijdendijk, Joris Lohman and Samuel Levie. It is an open platform for new ideas and insights. Low Food believes that food culture lies not in the past but in the future.