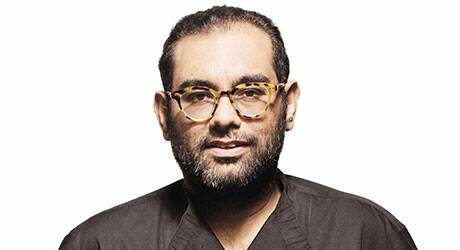 Gaggan Anand is an Indian Chef, owner and Executive chef of the progressive Indian restaurant named Gaggan in Bangkok, Thailand. He initially started his career as a trainee in Taj Groups. Later, he quit the job in Taj and later went to Bangkok where he started working in a restaurant named Red, that specialized in Indian cuisine. From there he served as the first Indian Chef to intern with Ferran Adria’s research team at elBulli and has to work at many other restaurants. However, he was not satisfied and frustrated because the businesses ‘just didn’t want anything different’. So, he started his own restaurant, ‘Gaggan’.Thailand. He started his cooking career after finishing his catering course in Trivandrum, he joined as a trainee in Taj Groups. Before He played drums in various rock bands before embarking on a culinary career. He studied at the Indian Institute of Hotel Management and Catering Technology.