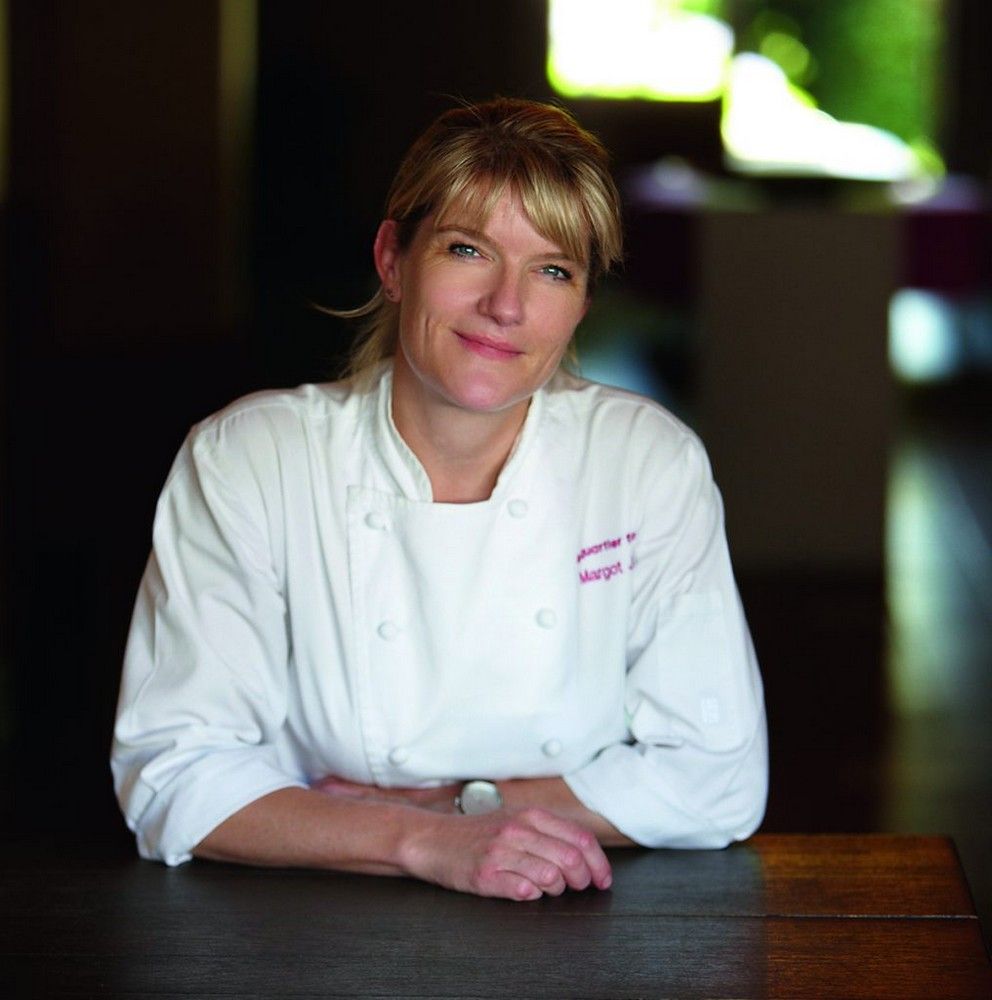 Born in Naarden and raised in Bussum in the Netherlands, Margot Janse originally travelled to Africa in 1989 alongside her South African boyfriend when he was offered a job in Zimbabwe as a reporter. They lived in Harare, where she worked as a waitress. Janse moved to South Africa following the end of apartheid, where she lived in Johannesburg. She began working at Ciro Molinaro’s Italian restaurant Parktown North on the other side of the city, where she would do double shifts to earn a living. She then moved to Cape Town, where she worked at the Bay Hotel. In 1995, she was hired as a sous chef at the Le Quartier Français in Franschhoek. When the head chef moved back to Johannesburg to work with Molinaro, Janse was promoted into the role. At the time, the restaurant was already award winning and had been named South Africa’s Restaurant of the Year. She introduced tasting menus to South Africa when she created the Tasting Room within the restaurant. In 2000, she spent six months in The French Laundry under chef Thomas Keller. Meanwhile in 2009, Margot started Isabelo, charity project which helps children. After 21 years at the restaurant, Janse left Le Quartier Francais and devote herself fully to Isabelo project.