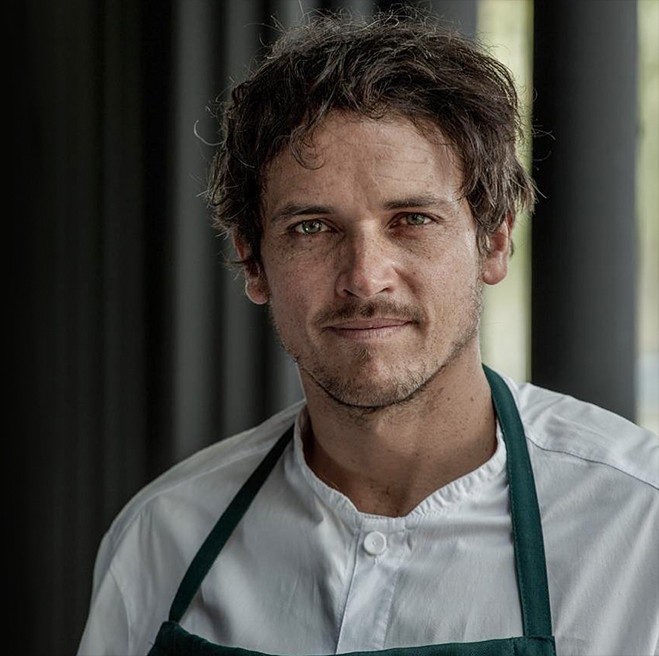 After taking part in the teams of many important restaurants through Chile and Europe where passing all the positions in their kitchens; Rodolfo Guzmán built, at the end of 2006, BORAGó… his very own restaurant.

Boragó´s cuisine is based in such a thing as the Chilean territory and its sea life, endemic produce. Basing the understanding on very small windows of ingredients that opens in a very short time a year through the whole length of the country.

“At the beginning, we did not know anything”, but we have been through a long learning process of 10 years in which we have finally shaped the way we cook, what we are, where we come from, and what we have around. That´s why we feel starting to cook for the very first time ever, in 2016; before than that, it was all about a learning process that has finally became very deep. Boragó it’s not a concept, but the continuation of the Mapuche culture.

Rodolfo and his team have dedicated themselves to document the uses and properties of all the endemic pantry in Chile, exploring new possibilities beyond cooking and flavors.  Behind the restaurant there are more than 200 people, between foraging communities and small producers from the entire length of the country. Rodolfo has also created the C.I.B. a Food re-searching Center with different areas, in order to be fully focusing on the discovering of new possibilities for Chilean ingredients.