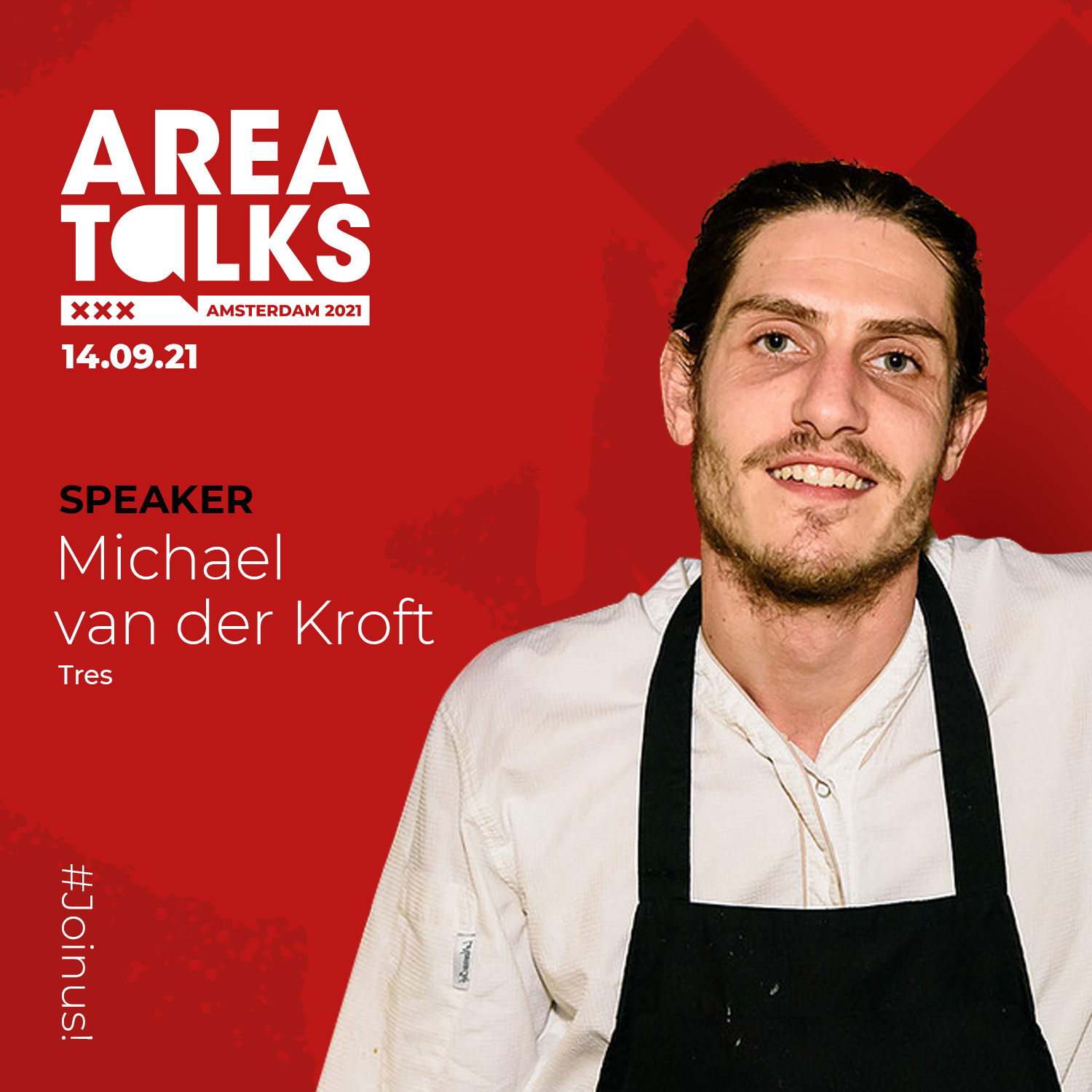 He has been a professional BMX rider in The Netherlands for many years. Because it was difficult to make a living in that business, he started combining his sports activities with work in the kitchen, and that has triggered his passion for food and cooking.

With a menu based on everything their personally chosen producers offer them, a bar and interior with vintage design elements and a quirky approach to service, an evening at Tres is a total experience. “You surrender to us here and we take you for an evening into another world. Our world.”