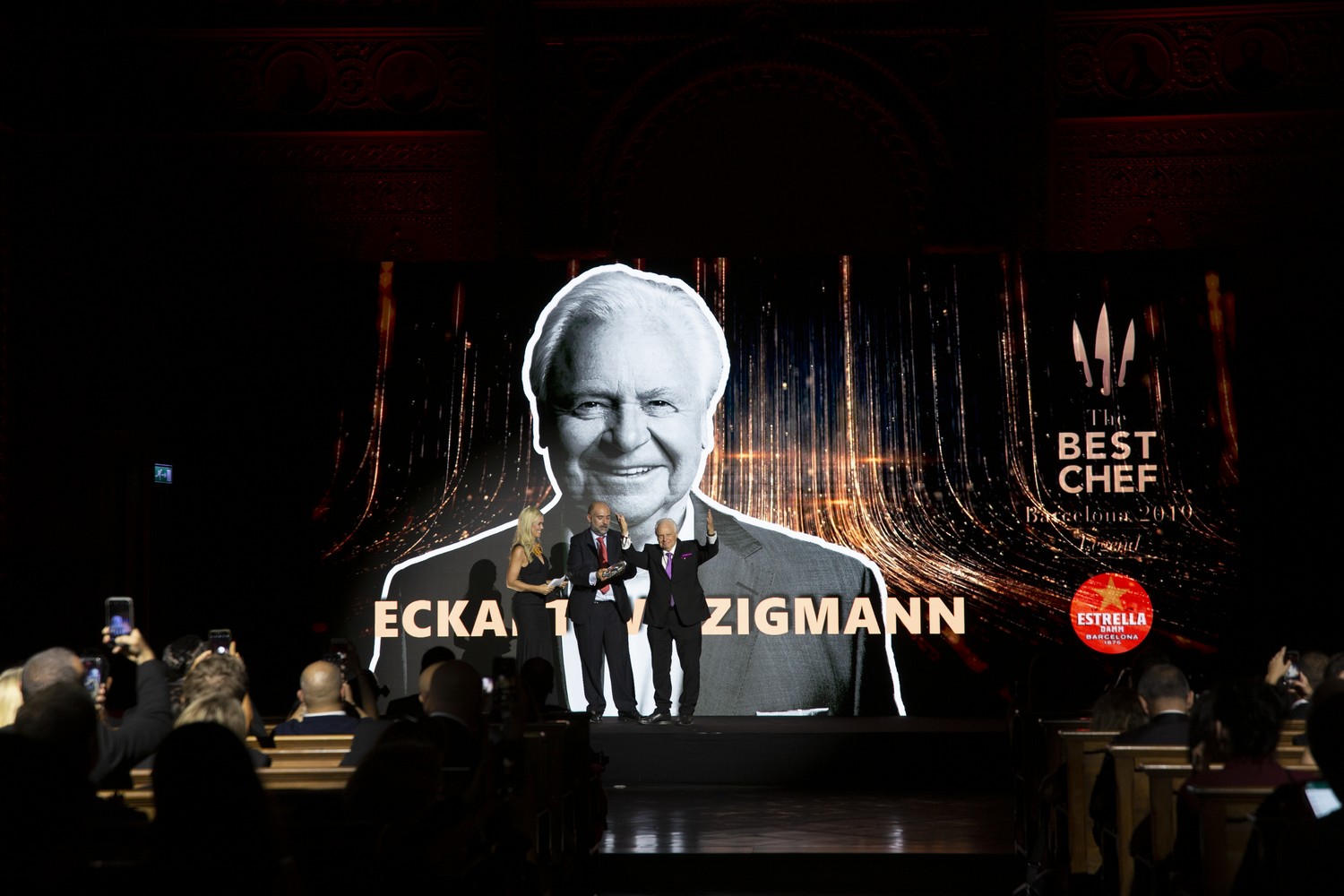 Eckart Witzigmann – was born in Austria in 1941 and grew up in Bad Gastein. He trained in the best catering establishments in the world, and his outstanding talent was promoted by the best names in the business. Paul Bocuse, Paul Simon, Roger Vergé, the Troisgros brothers and particularly Paul Haeberlin have all acknowledged Witzigmann’s exceptional talent and supported him in his unique career. Witzigmann spent a total of 13 years abroad before going to Germany in 1971 and initiating a culinary revolution at Tantris in Munich. In 1978, Witzigmann opened his own restaurant, the legendary Aubergine in Munich, which went on to become a nucleus for exceptional German culinary creativity. At the same time, Eckart began an unprecedented career as a culinary consultant. In 2002, Witzigmann initiated another innovative dining concept that delights 150 000 visitors annually – ‘Eckart Witzigmann Palazzo’ and the subsequent project ‘Witzigmann-Roncalli-Bajazzo’. In 2007, the University of Örebro bestowed on him the title of Professor and Honorary Doctor, not only in appreciation of his past services, but also to preserve his knowledge and pass it on to future generations. Eckart is also the first Michelin three-star chef in all German-speaking countries, and in 2004 he was awarded “Chef of the Century”.