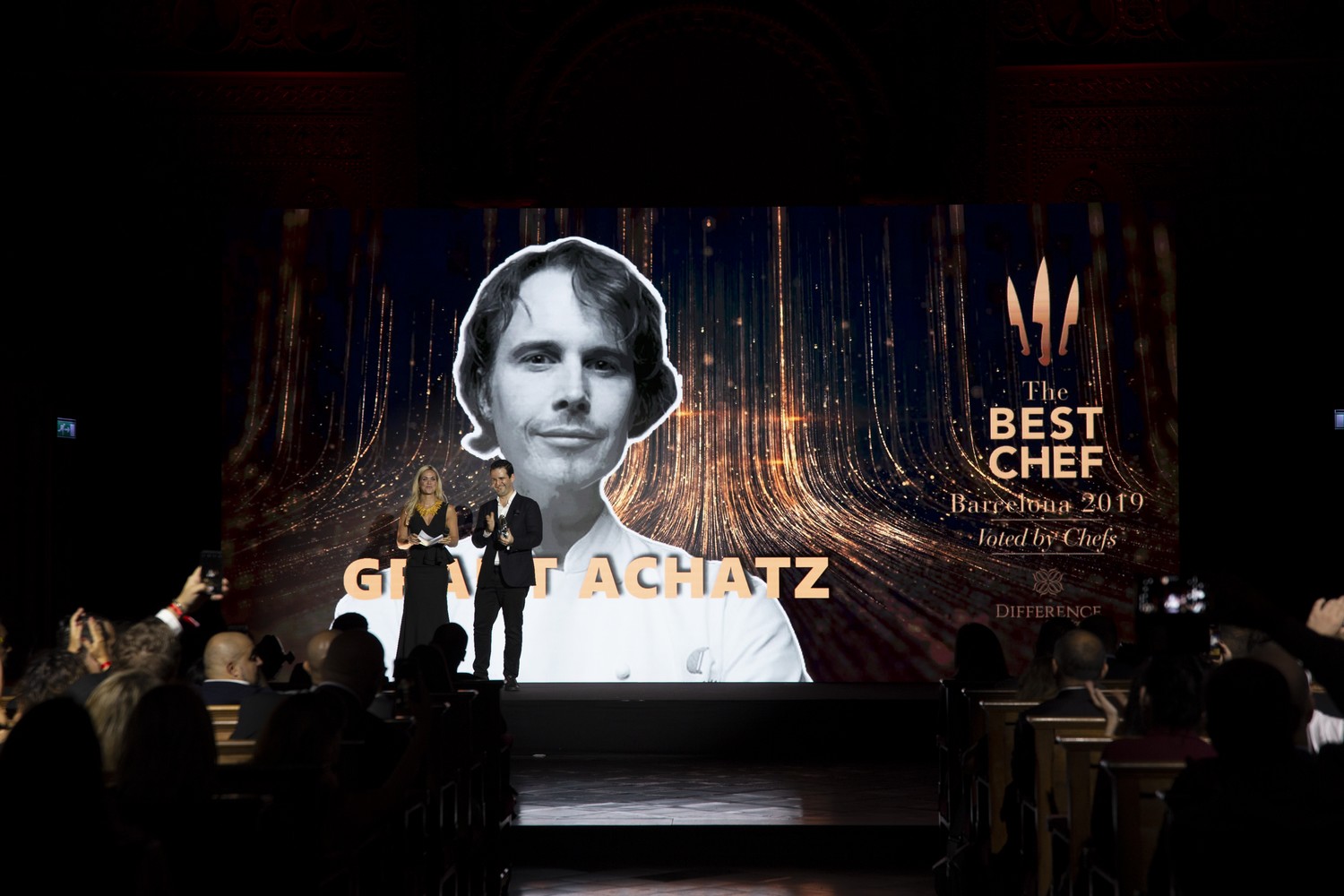 Grant Achatz – grew up in the restaurant industry. He worked at his parents’ restaurants in Michigan as a teenager and graduated from the Culinary Institute of America in 1994. In 1996, Achatz persuaded California chef Thomas Keller to hire him at The French Laundry, then one of the country’s most acclaimed restaurants. After four years under Keller’s mentorship – along with a short spell at a nearby winery and a trip to Spain to dine at Ferran Adrià’s groundbreaking el Bulli – Achatz in 2001 took charge of the kitchen at Trio near Chicago. In 2005 in Chicago, he and Nick Kokonas (an enthusiastic Trio customer) launched Alinea, where Achatz had free rein for his increasingly inventive style. In 2011, he opened The Aviary cocktail lounge, Next restaurant and The Office, a 14-seat speakeasy-style lounge underneath The Aviary. In 2017, Achatz expanded outside Chicago, opening versions of The Aviary and The Office in New York City. His memoir, Life, on the Line (co-written with Kokonas), was published in 2011. Grant’s culinary innovations have made him a leader in cuisine inspired by molecular gastronomy. At Alinea, he serves lengthy tasting menus of tiny, impeccably composed dishes — often with elaborate, over-the-top presentations. Guests should expect scented vapors, unexpected tricks, and sizzling charcoal and tableside preparations.