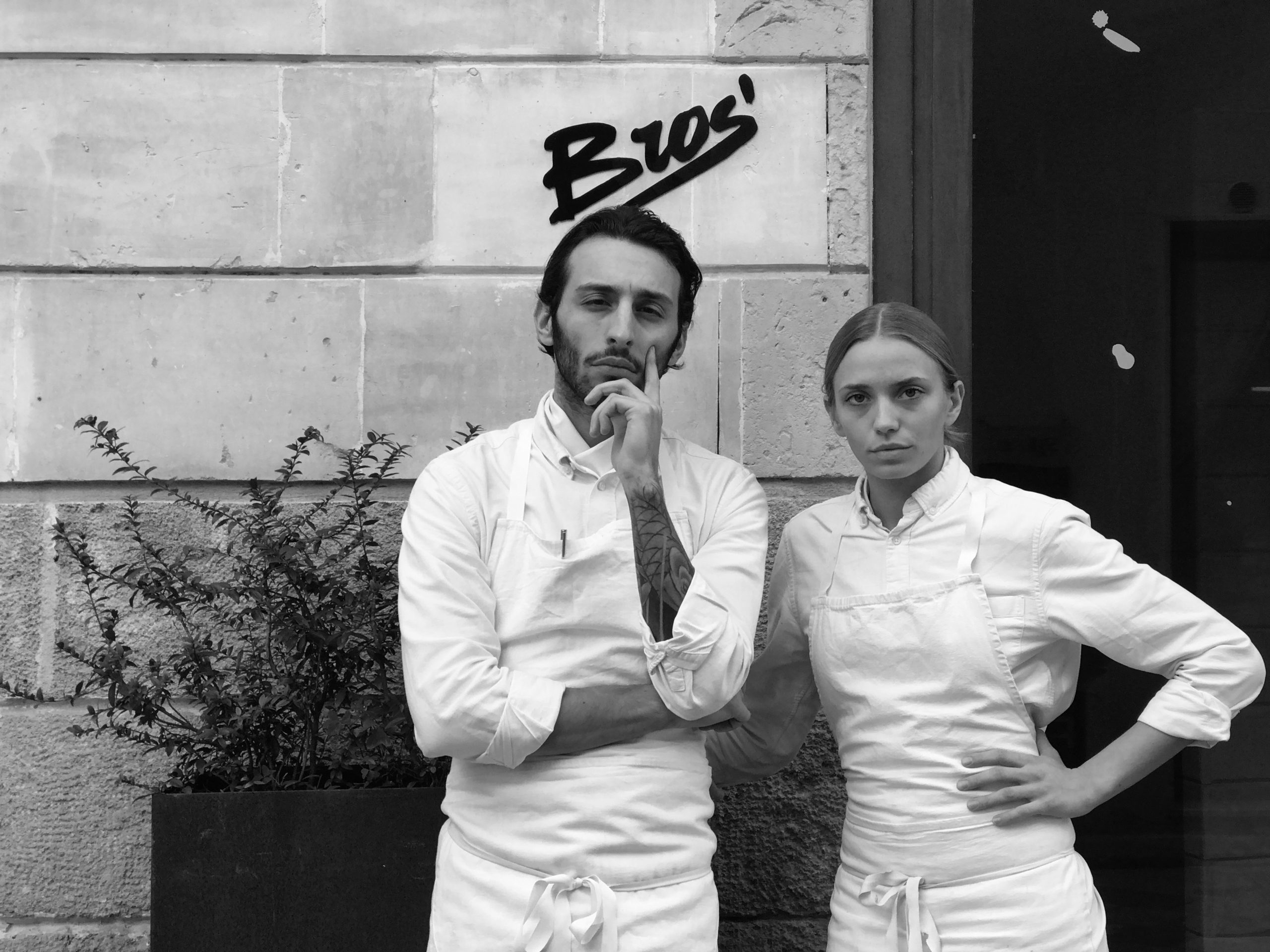 Bros’ – Floriano Pellegrino and Isabella Poti – owner-chef of Bros’, Floriano Pellegrino, returned to Italy in 2015 to open his own restaurant after working alongside some of the world’s most renowned and prestigious chefs like Martin Berasategui. In January 2018, he was included in the Forbes 30 Under 30 list of successful personalities. Bros’ is located in Lecce, Puglia, Italy. Food, culture, history of nutrition, survival of humanity on the planet, resourcefulness, quality of life, peace, home and Mediterranean culture are the themes that Floriano tries to convey and include in the dishes that he designs every day with Isabella Potì, his partner (half Polish and half Italian) in life and projects. Head chef of Bros’ restaurant, Isabella has worked with the most important figures in the restaurant industry worldwide, and she has also been included in the Forbes 30 Under 30 list. In May 2019, Floriano and Isabella decided to open Roots Trattoria, in Scorrano, Floriano’s birthplace, 20km from Lecce, in which the main feature is a menu that reflects the area, with seasonal ingredients and recipes from the Salento region. The latest project at Bros’ is a rugby club, highly desired by Floriano and Isabella because it has contributed significantly to their personal and professional growth.