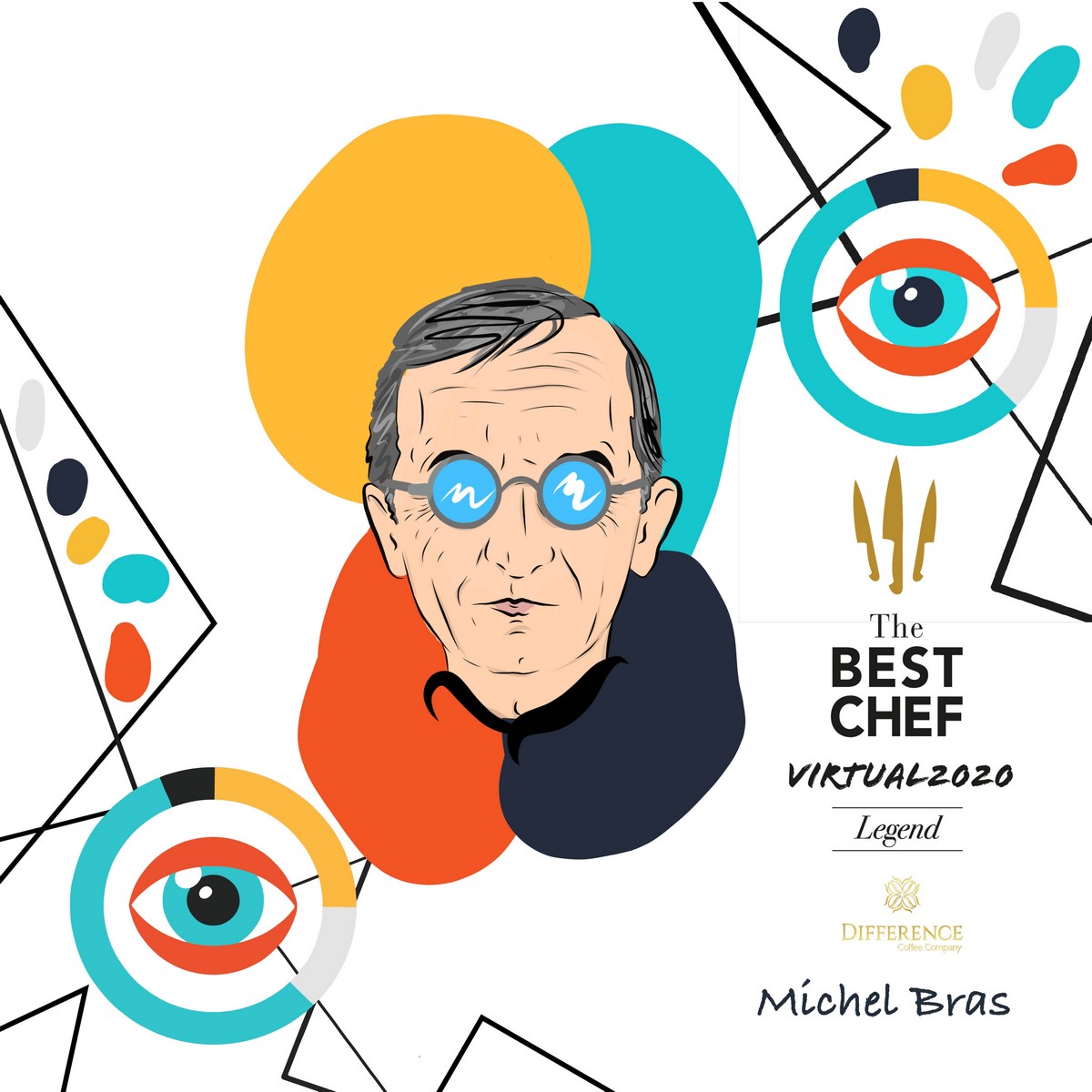 Chef Michel Bras’ resume is deceptively short and for one good reason: the master of “la cuisine du terroir” never left his territory. Unlike so many other chefs of his generation and caliber, Bras never found a good enough reason to leave his beloved Aubrac, France. There are no apprenticeships, no stages, no other restaurants to list under his name.

He was born in 1946 to a blacksmith father and chef mother, whose pots he helped tend at the family’s hotel restaurant Lou Mazuc. Though he never left the Lou Mazuc kitchen to train elsewhere, he studied culinary literature, philosophy, and photography with zeal. He cooked and created with intuition, as he does to this day. When Bras was 33, he inherited the inn from his parents. His innovative cooking caught the attention of famed French restaurant guide Gault et Millau, and Lou Mazuc was awarded two Michelin stars.

Bras’ mission—“ to create a restaurant in the middle of nature”—led him to open hotel restaurant Michel Bras in 1992. The modern structure of nearly all glass with slate and granite, sits on a plateau overlooking Aubrac. In 1999, Bras earned three Michelin stars for his work at his eponymous restaurant. In 2003, with his son beside him, restaurant Michel Bras became Bras Michel & Sébastien.

Bras is the author of several books, including the seminal 2002 cookbook Essential Cuisine, for which he took all the photos. Bras was the subject of the DVD series “Inventing Cuisine: Michel Bras” by Paul Lacoste. He opened a second eponymous restaurant in the Windsor Hotel Toya in Hokkaido, Japan in 2002, and a brasserie within Museum Soulages in Rodez, France, just 20 miles from where he was born.