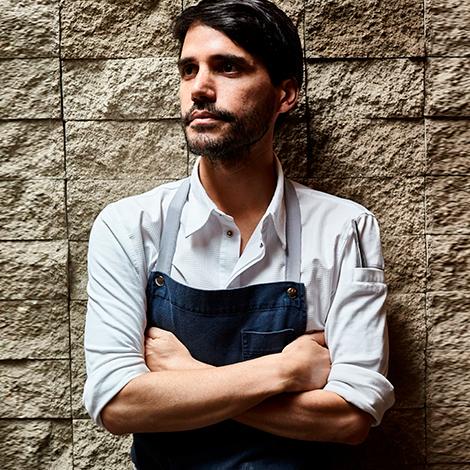 Virgilio was born in Lima, capital of Peru. His restless childhood and mother’s artistic influence early on directed him to a culinary career. Martínez studied at and received his certifications at Le Cordon Bleu in Ottawa and London. During his formative years he worked at well-known restaurants such as Lutèce (New York City); Can Fabes (Sant Celoni); and served as executive chef at Astrid & Gastón in both Bogotá and Madrid.

Being something of a nomad for more than ten years awoke in him an anxiety to return home and apply what he had learned. His return to his country marked a turning point in his style, a truly new beginning which inspired the creation of his own kitchen and his use of Peruvian ingredients.

Virgilio Martinez is currently chef and owner of Central Restaurante, his flagship restaurant located in the Miraflores District, Lima, Peru. Here he establishes the principles that define him: a chef who respects Peruvian ingredients and their origin, who searches the various altitudes of Peruvian geography for a variety of products that generate an even wider range of aromas and flavors, which for their inherent exoticness call for a deeper understanding.

In June 2012 he opened Senzo, a project in conjunction with Orient-Express Hotels, located in Palacio Nazarenas hotel in the city of Cuzco. In July 2012 he opened Lima, a modern Peruvian-style restaurant located in the Fitzrovia neighborhood of London. It was awarded a Michelin star in the 2014 Michelin Guide. In July 2014 a second Lima restaurant was opened in the Covent Garden district of London and dubbed Lima Floral. On March 5th 2017, a third Lima restaurant was opened in Dubai at Citywalk Phase 2.