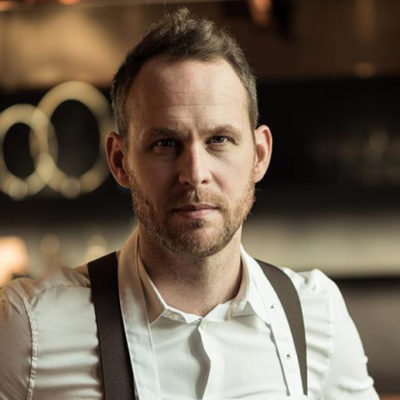 Chef Björn Frantzén has transitioned Frantzén Group from the drawing table to Guide Michelin in just a few years time.

He was born in 1977, his passion for food began with a particularly delicious steak. To this day, Bjorn remembers that one steak, served with french fries and béarnaise sauce as his first culinary memory which would inspire him to a career in the restaurant industry decades later. He eventually started his journey in gastronomy as an intern with Chef Christer Lingström at Edsbacka Krog.

Before his career as an award-winning chef, Frantzén was a professional football player for five years. He later enrolled in culinary school and started cooking as a chef in the Swedish Army before moving on to work in lauded restaurants like two-Michelin-starred Le Manoir aux Quat’ Saisons in Oxfordshire, UK, and Alain Passard’s three-Michelin-starred L’Arpège in Paris, both restaurants that specialize in classic French cuisine.

In 2008, he co-founded Frantzén/Lindeberg restaurant in Stockholm. The restaurant soon received critical acclaim by earning its first Michelin star in 2009, and a second one the next year. In 2013 the restaurant was renamed to Frantzén, as his business partner, Daniel Lindeberg, left.