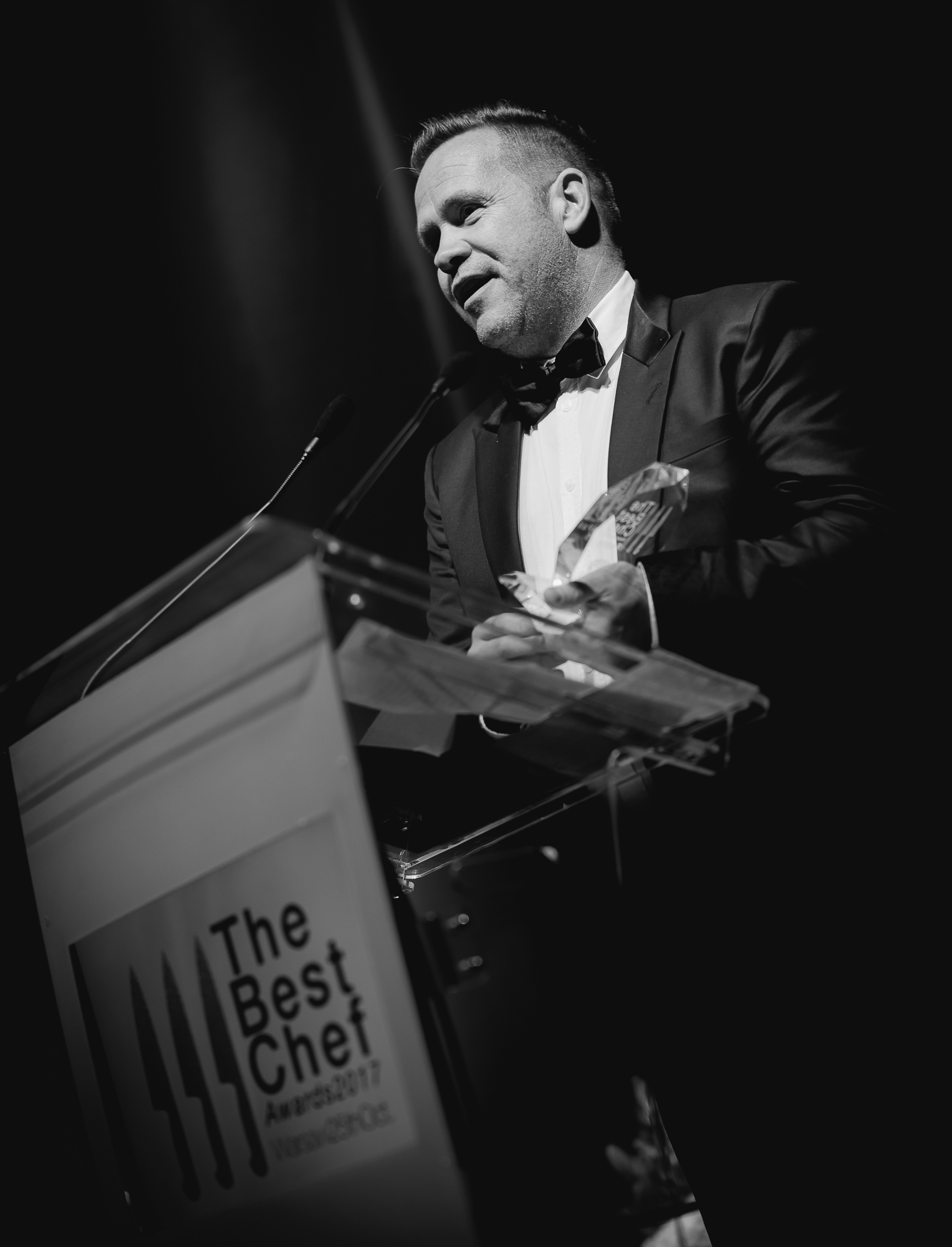 Roger van Damme – was born in Oostburg, Netherlands. He was attracted by his great-grandfather’s profession – pastry. Since his passion did not decline, he attended the Ter Groene Poorte, a school of gastronomy in Bruges. With his outstanding skills, he developed a delicate and technically advanced savory repertoire next to his strong sweet oeuvre. Many of his original and highly decorative plate compositions have become famous in the culinary world. He first established himself by opening Het Gebaar (which means “The Gesture”) in 1994. In 2010, the lunch lounge-restaurant in the beautiful botanical gardens of Antwerp received its first Michelin star. In that illustrious year, he got his own cooking program on Njam!, a Flemish cooking channel. Previously, he was active on other television programs such as Mijn Restaurant and MasterChef. His desserts are so artistic that it is a shame to cut into them with a fork. They are the result of years of research and a unique and varied use of techniques. Van Damme’s vision of pastry making is not limited to his signature desserts, and also applies to great traditional classics.