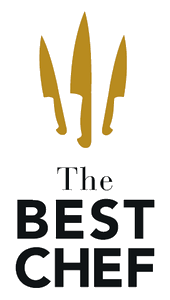 The Best Chef wants to be a bridge between the pastpresentfuture

…by presenting the best of the world’s gastronomic scene: its current key players and the most interesting prospects of the new generation. Our mission is to gather all food lovers from all over the world and create a community of all those for whom food is passion – a platform that is a point of reference for them. The Best Chef is a place to exchange knowledge and experiences, to discuss current topics, and to debate on universal topics from the world of fine dining.

Moreover, by presenting the best of the best during the annual awards event (the Top100 chefs and winners of special awards), The Best Chef wants to celebrate people whose experience, passion, and determination led them to achieve success. In this way, The Best Chef wants to inspire younger generations of chefs and show them what is important. The Best Chef has taken this desire to educate and inspire to the next level by creating two annual educational activities: Food Meets Science and Area Talks.

What is The Best Chef?

The Best Chef is a vibrant, world community of passionate food lovers. A project dedicated to celebrating the many talented chefs that create the best food experiences around the world, as well as being a global family of like-minded individuals that share culinary adventures. A common space where the old guard shares the core of the craft with the next generation, who in return inspires new ways of thinking.

Who created The Best Chef?

Why The Best Chef?

The Best Chef’s goal is to globally unite the best thinkers and leaders in the world of gastronomy and fine dining and highlight their process. Not only to their peers, but to everybody, also as examples for future generations who can learn and build on their ideas.

How does The Best Chef obtain, curate and share knowledge?

Throughout the years The Best Chef has created different ways of uniting the foremost within gastronomy by offering a solid platform where chefs can bring knowledge and experience to the table, offer inspiration and create debate. Moreover, The Best Chef brings cultures together through food, technology, sustainability, trends, ingredients, expertise, science, and most of all, the humans who make it happen through their own experiences.

The Best Chefs Awards, Area Talks, Food Meets Science, its social media and website all work as a massive melting pot of information available for everyone that is interested in the culinary world.

When was the Best Chefs Awards created?

In 2017, The Best Chef expanded its offering by creating the The Best Chef Awards: a ranking list focused on chefs. The awards were initially held in Warsaw in 2017, in Milan in 2018, Barcelona in 2019 and in 2020 virtually over three days due to the global pandemic.

What sets The Best Chef Awards apart from other culinary ranking lists?

The Best Chef put persons first: THE CHEFS. The gastronomic world often focuses on the restaurant or the location; The Best Chef tries to shift that, highlighting the chef, his or her approach to food and what makes them stand out from the crowd.

What is The Best Chef Awards’ voting process? How does it work?

First, there is a shortlist of 200 nominees. These include 100 “fresh faces” as well the Top 100 from the previous edition that automatically are nominated again. The 100 fresh faces is shortlisted through a group of 150 anonymous professionals who through their travels scour the world and discover talents.

The professionals include food journalists, critics, bloggers, photographers and other notable people with a broad knowledge of fine dining. They are all experts within the industry, and their choices for each of the fresh faces comes with an explanation as to why they recommend them.

The shortlist of all 200-chef nominees is announced every year at the end of April.

The second task is to rank the final Top 100 from the shortlist of 200. This ranking is created by votes from the 150 professionals as well as the current ranking Top 100 chefs and the 100 candidates.

The voting takes place via a secure online survey where each member is sent a unique link with a simple voting process. Each person can vote for 10 chefs, choosing from a drop-down list and the point system is 10 – 100. The voting starts at the beginning of May with a one-month window to vote.
Chefs cannot vote for themselves. Once the survey has been completed, the votes have been casted. By then there is no way to change a vote. Not even The Best Chef organization has access to the results until the voting period has ended.

Does a Chef have to fit some certain criteria?

What does The Best Chef look for in a chef?

We look for creativity, intelligence, passion, innovation, sustainability. Of course, a Best Chef Award winner must create amazing food, but that is not enough anymore. We are looking for a modern chef, a leader, and one that elevates food with technology or science, or one that makes a positive social impact through his kitchen, for example. A role model of hard work that can serve as a guide to new generations of curious new talent.

We receive many emails, requests from different sources, letting us know about amazing chefs all over the world, and we are thrilled about that. In one way, it helps us and makes it easier to spot talent, however that does not translate into being included in the shortlist for voting.