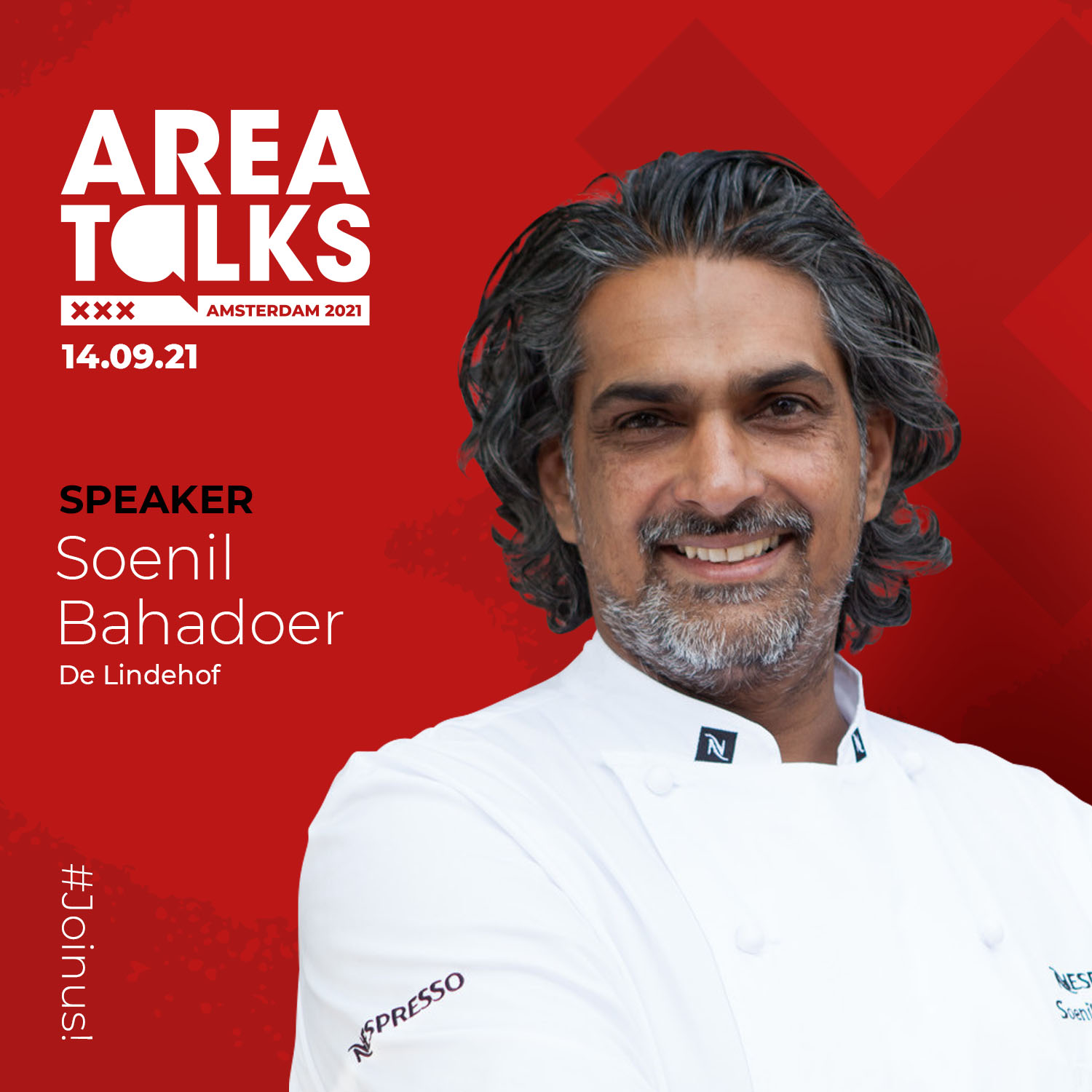 Born in Suriname. When he was 8 years old, he and his family moved to the Netherlands. He was always a naughty boy and had to sit in the kitchen as a punishment while his friends were playing. He saw the way his mother cooked and got excited about the profession of chef. He studied for it and worked in restaurants.
In 1995 he was ready for the next step and started restaurant de Lindehof. At first, it was more French oriented, but this changed throughout the years.
In 2004, he got his first Michelin star and knew he was on the right path. When the second Michelin star followed in 2014, this was the confirmation of is success.
In 2015, he became the first SVH Masterchef with a Surinamese background in the Netherlands and Belgium. The restaurant became a hot topic. Traditional Surinamese food like his mother used to make, but brought to a higher level.
Soenil finds inspiration in everything life has to offer. Music, films, art and fashion. But also fellow chefs, traveling, and above all; his youth and the love for his roots. You can see and taste this love and passion in his dishes, often because of his use of exotic herbs and spices.
As a boy with a Hindu background, knows how difficult it is to get chances in life. That is why he thinks it is important to offer opportunities to immigrant youth. He demands the maximum from everyone. Training or experience is subordinate to motivation and passion. His enormous enthusiasm, is something he wants to see among his employees as well. You do not have to know it all, you have to want to know it all!