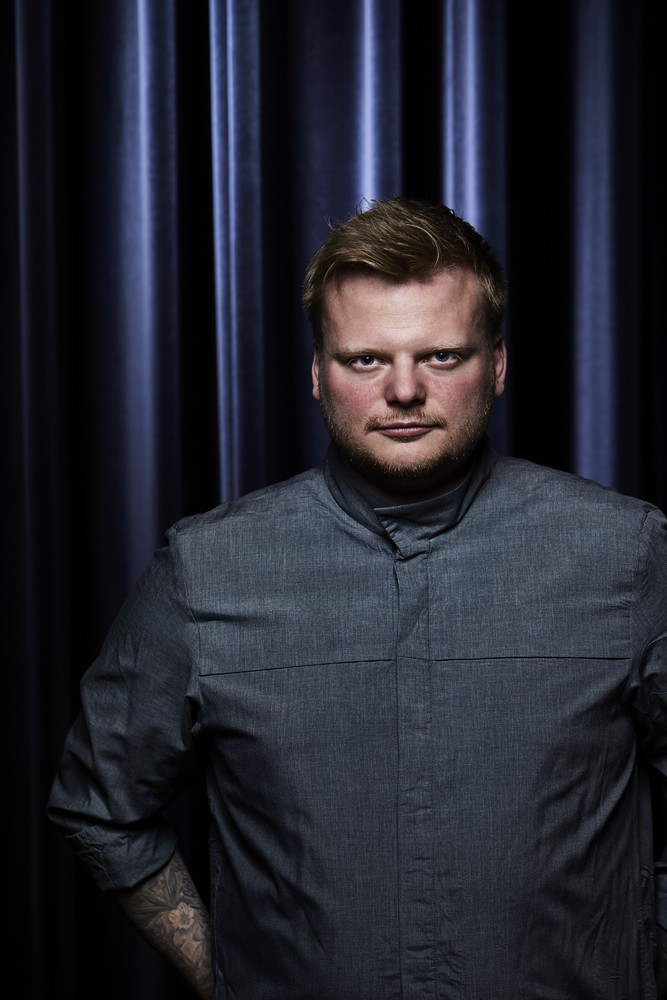 Rasmus Munk was born in 1991 in the town of Randers in Jutland, Denmark. His career took off when he was 22 and was appointed Head Chef at TreeTop in Vejle – where he started combining ingredients, textures and flavors in new ways, which ultimately led to the opening of the first Alchemist in Copenhagen in 2015.

In 2019, after two years of building, a new incarnation of Alchemist opened in an old shipyard in industrial district of Refshaleøen. Here Munk could realize his dream and vision of “Holistic Cuisine”. Inside the 22.000 square feet restaurant a menu of 45–50 edible impressions are augmented by performers, installations and the architecture itself. The heart of the restaurant consists of a gigantic planetarium dome where guests dine surrounded by artful projections creating and enhancing moods and messages, from an indoor rendition of the aurora borealis to jellyfish floating calmly among plastic bags. Art and performance also augment the dining experience that further enhance Munks thought provoking, surprising and humoristic gastronomy – often orchestrated to initiate and support the debate on social and ethical issues.