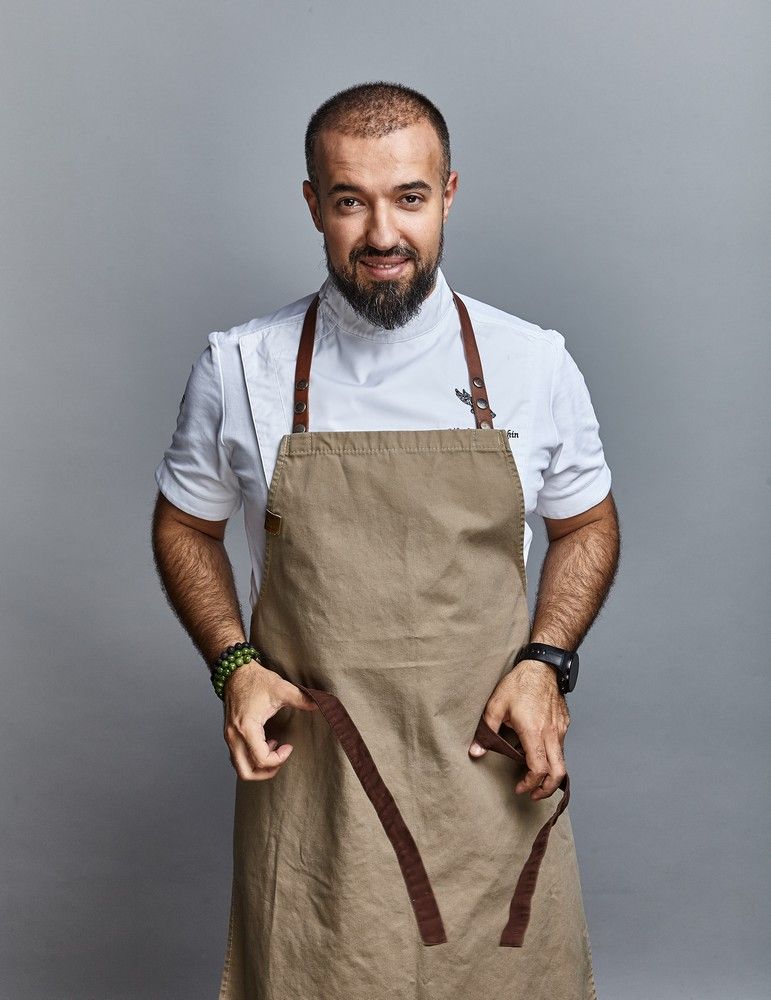 Vladimir Mukhin (born March 15 1983) is a Russian chef, chef for the White Rabbit restaurant, head chef of the White Rabbit Family restaurant group. Vladimir is a cook in the 5th generation. He started his career 12 years old in the kitchen of a restaurant, where his father worked as a Chef.

Since 2012, he is the chef of the Moscow restaurant «White Rabbit». Ever since Vladimir and his team are proving that contemporary, Russian cuisine and restaurant field can be interesting for the most sophisticated audience.  The White Rabbit Family in 2020 runs 22 restaurants in Moscow and Sochi.

Chef Mukhin is featured on Netflix documentary Chef’s Table, Season 3. Local seasonal products, modern techniques, new combinations –Vladimir Mukhin is one of the brightest representatives of modern Russian cuisine. He sees his mission in making Russian cuisine popular worldwide. As a part of his gastronomy activities, Vladimir supports about 20 local farmers and craftsmen, helping to save rare vegetables and crafts.